Amazed to discover a whole new world, the Barnabes have no intention of returning to the workshop, no way are they getting back in those boxes!

Despite the artist’s best efforts, he hasn’t been able to catch them all. The Barnabes are free and they’re determined to stay that way! Unstoppable, they’re spreading across the earth, colonizing hills, mountains and deserts, and they’re breeding like rabbits. Now, they want even more, as they set their sights on a universe much, much larger than our own: the Metaverse.

Barnabe has been honing his craft since childhood. Early in his career, he developed a distinctive graphic process using three parallel lines and launched a movement based around infection and proliferation.

Barnabe entered the scene through the world of illicit street art, infiltrating the urban environment with his signature ghost.

Throughout his career, Barnabe has deconstructed his iconic characters and images in the pop art tradition, merging art history with popular culture.

Over the years, Barnabe has exhibited his art all over the world, in Europe, Africa, America and Asia. Having developed a unique style that reflects his experiences via a wide range of influences, his art has succeeded in influencing our society.

Displayed around the world

« We are making moments » event 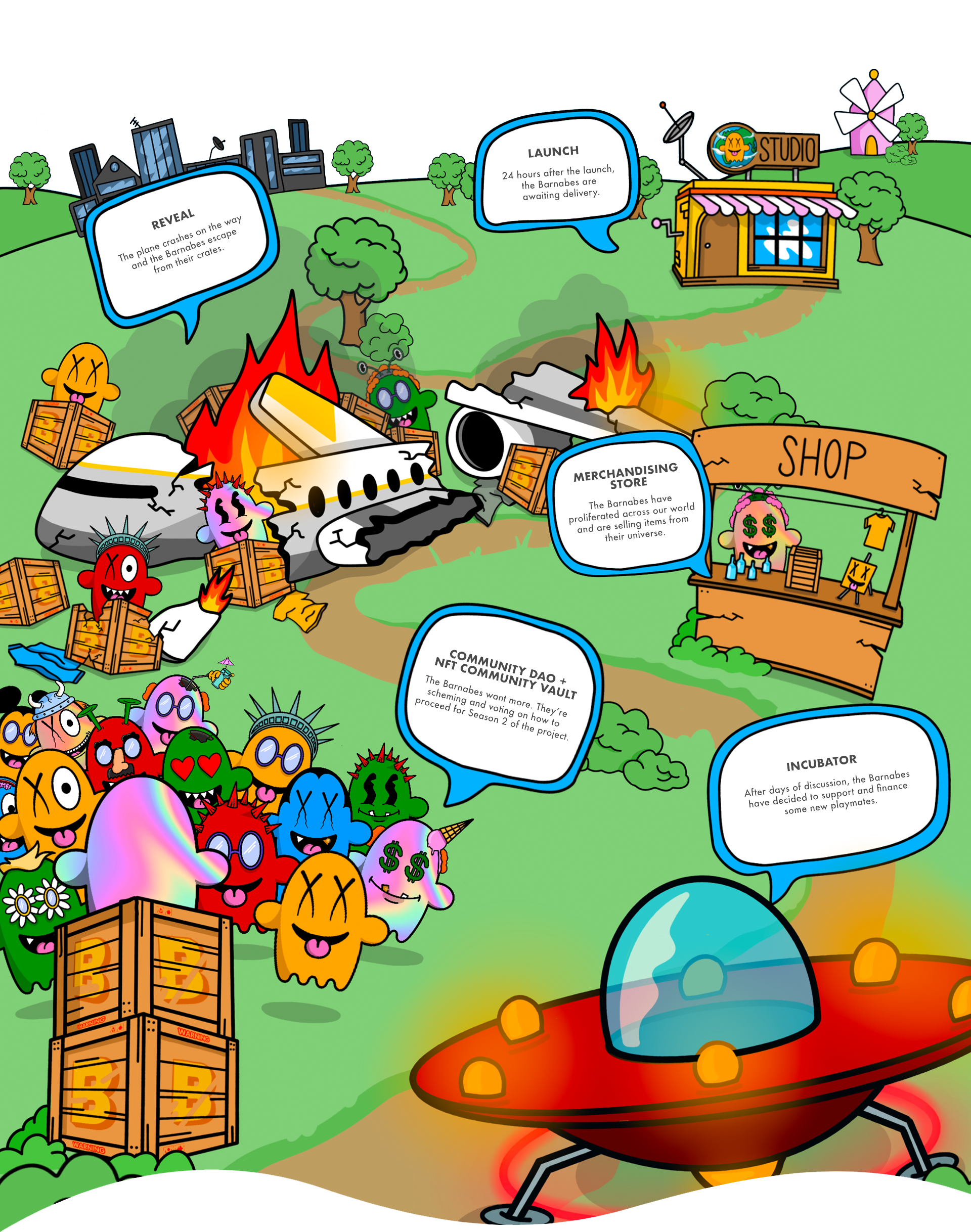 An auction of an NFT 1/1 from the collection will be organized in collaboration with the association chosen by the artist : 30 millions d’amis.

'A joyful and mischievous companion' here is the artist's deﬁnition of his character.
The Barnabe is indeed a ghost but with a big heart! Once adopted, he will bring you joy and happiness if you take care of him.

Surrounded by his 30 million Barnabes, it was cristal clear for the artist to support “30 million d’amis”. This French foundation ﬁghts for the protection and rights of all animals "wherever our companions need it”

Winner of this auction will receive a 1:1 original sculpture signed by BARNABE himself. 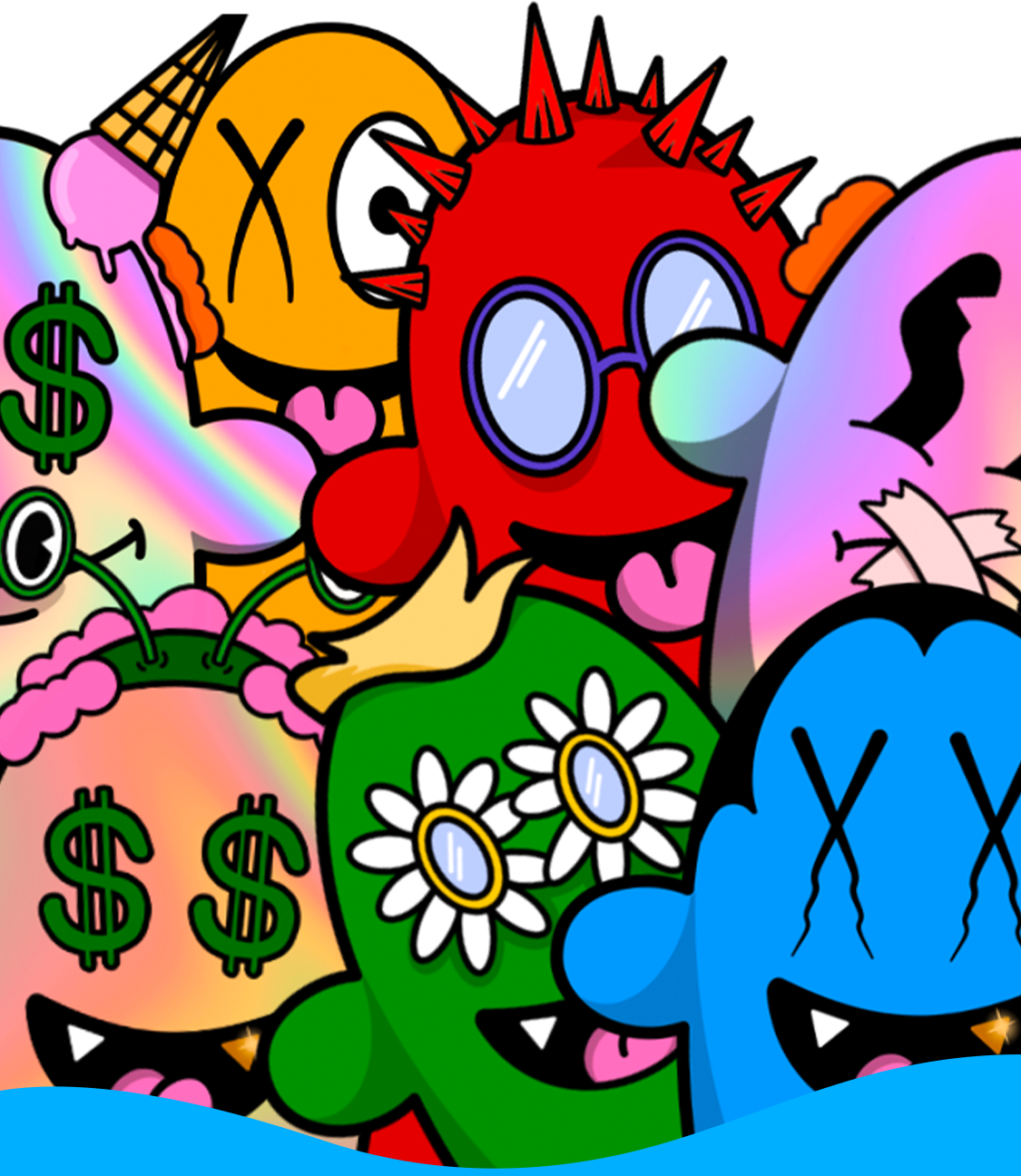 WHERE CAN I PURCHASE AN NFT ?
You will be able to mint directly from our website in JUNE, 2022.
HOW MANY NFTS WILL BE AVAILABLE ?
Universe by Barnabe is a collection consists of 4444 NFTs.
HOW MUCH WILL COST ?
The mint price has not been disclosed yet. We will announce it on Discord at the same time as the announcement of the mint date.
HOW CAN I GET ACCESS TO THE WHITE LIST ?
You can get access to whitelist by participating campaigns on our social medias on Twitter, or to join our WL contest on Discord.
HOW THE NFTS ARE CREATED ?
They are drawn by our artist Barnabe. The artwork will mint on the Ethereum blockchain.
WHICH WALLETS WILL I BE ABLE TO USE TO MINT AN NFT ?
We offer a number of wallet connections for minting, but Metamask is the recommended wallet. Please check the instructions we have provided for how to mint Metamask wallet.
WHAT IP RIGHTS DO I HAVE AS A UNIVERSE BY BARNABE HOLDER ?
More details to come soon.